When I am called to duty, God,
Whenever flames may rage;
Give me strength to save some life,
Whatever be its age.

Help me embrace a little child
Before it is too late
Or save an older person
From the horror of that fate.

Enable me to be alert
And hear the weakest shout,
And quickly and efficiently
To put the fire out.

I want to fill my calling
And to give the best in me
To guard my every neighbor
And protect his property.

And if, according to my fate,
I am to lose my life,
Please bless with your protecting
My children and my wife.

Posted by Christopher55 at 3:37 PM No comments:

How would you live your life if the entire world were watching all the time?

Would it be the same way if no one was watching?

Swanson, Thor, died Sat, June 24 in his Laguna Niguel home at the age of 51. He was a 27-year Veteran of the Orange County Fire Authority, for many years as a Paramedic Captain at station 29 in Dana Point. Swanson's career had brushes with fame including having his image appear on newspapers as far away as Nairobi, Kenya when an AP photographer shot him surveying a massive fire covering many blocks of Anaheim; being featured in an episode of William Shatner's "Rescue 911" after his crew's successful efforts at saving a pilot after a crash at an El Toro air show, and a range of media coverage when he took part in delivering a baby in a Dana Point motel. But it was thousands of private moments and a lifelong commitment to training and helping others that added up to a career honored by record-sized gatherings of firefighters when he retired last year after his cancer made continuing with the work he loved impossible. His help for others wasn't confined to his professional duties. For 32 years he volunteered for Garden Grove's children's summer camp. He did everything from maintenance and planning to dispensing medications to wearing odd costumes and singing funny songs around the campfire. He grew up in and loved Garden Grove and started working with the camp when he worked for the parks department there. He is survived by his beloved wife of 21 years, Sandi Swanson; stepson and daughter-in-law, Scott and Nicole Powley, of Laguna Niguel, CA; sister, Laif Swanson, her children Anna and David; loving mother, Deedie, all of Pasadena, CA; beloved brother, Gunnar, of Greenville, NC. A Funeral Service to be held on Fri, June 30th ~ 11 AM at South Shores Church in Dana Point, CA with departmental honors. In lieu of flowers, the family requests donations may be made to the Y.M.C.A. of Orange County – Thor Swanson Memorial Camp Fund, 13821 Newport Avenue Suite 200, Tustin CA 92780 O'Connor Laguna Hills Mortuary Directors (949) 581-4300 www.oconnormortuary.com

from the Orange County Register 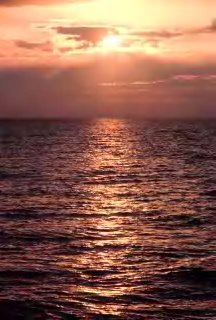 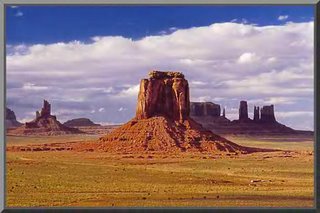 HOT
Okay, I don't live in Monument Valley. I'm in Southern California. But every once in a while, Mother Nature decides to remind everyone in my area that we live in the desert. We hit the century mark today and it's supposed to be that hot all weekend if not hotter.
*
Don't have a pool. Guess I'm gonna have to run through the sprinklers like I did when I was a kid. I want to personally thank the person who invented A/C.
Posted by Christopher55 at 5:20 PM No comments:

Until yesterday, I didn't know. Early Wednesday morning, "someone" was laying underground cable and "cut" the telephone land line to my house. Well, not just to my house but to the entire neighborhood. No phone. I had my cell and I called the phone company. I set up an appointment just in case there was a problem with my lines. The first open spot they had was on Friday. Okay, I took it. Nothing else to do.
*
Shortly, thereafter it began. One trip then another and another to the computer to go on-line. But I couldn't. No phone -- no web. Ahhh! I keep telling myself that they'd fix it soon. They would. I had to check my e-mail. I had check the daily updates on Speculations and Fangoria or IMDb and SFReader and ink blog and Apex and ... and ... and ...
*
I needed my web fix. I needed it. I felt totally cut off from the world. What was I going to do? WatwasIgonnado?
*
I did some household chores that I'd been putting off. Had lunch with friends. Read a book that you hold in your hands. Called two other friends and caught up on the doings in their lives. Did quite a bit actually.
*
I don't need the computer and the web to survive. I don't. Honest.
*
Thank goodness the phone's working again.
Posted by Christopher55 at 4:19 PM 1 comment:

BLOG FOR WRITERS AND OTHERS BY A WRITER
This blog http://kenlevine.blogspot.com/ was started last November but I just discovered it. Definitely worth checking out. Ken Levine has been a TV writer for 30 years and has written for shows like M*A*S*H, CHEERS, FRASIER, THE SIMPSONS, WINGS, EVERYONE LOVES RAYMOND, BECKER and DHARMA & GREG.
His current posting is about a favorite episode of his from M*A*S*H.
Posted by Christopher55 at 2:12 PM No comments: 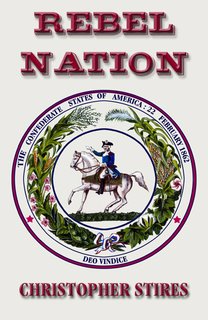 REVIEW
Lynn O'Connell has reviewed my alternate-history thriller at Reader Views. Check it out at: http://www.readerviews.com/ReviewStiresRebelNationReview.html As for me, I'm nearly speechless so I'll just say "Thank you, Ms. O'Connell."
{big grin}
PS -- On the Amazon site, my book has five stars by the three reviews (now including this new one). Too cool.
{really big grin}
Posted by Christopher55 at 3:20 PM No comments: 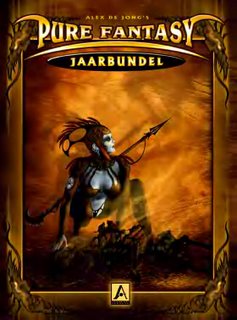 DUTCH FANTASY
While I haven't seen a copy yet, it appears that the Netherlands anthology, Pure Fantasy, containing my short story, "Blood Alley," has been released. http://www.purefantasy.nl/Bundel/index.htm
This is cool. My stories have now been translated into Greek (twice), Spanish, and now Dutch. I've also sold stories (no publication dates yet) to magazines in Belguim, France, Finland, and one more in Greece. Totally ... uh, I think I said that already.
Posted by Christopher55 at 8:57 PM 3 comments: 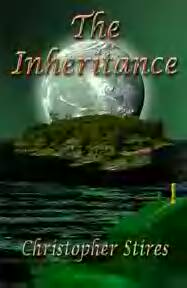 NEW REVIEW
A new review by Ellen Hogan of my horror novel, The Inheritance, has been posted at Reader Views. Check it out: http://www.readerviews.com/ReviewStiresTheInheritance.html (Then please order a copy. It'll make me happy.) :)
Posted by Christopher55 at 12:22 PM No comments:

TOM HANKS
One of my favorite current actors is Tom Hanks. I enjoy his work. Below are my top five:
Apollo 13 ("Houston, we have a problem.")
The Green Mile
A League of Their Own ("There's no crying in baseball.")
Saving Private Ryan
You've Got Mail
(Had problems with picking just five -- I left off Toy Story 1 and 2, The Terminal, Cast Away, Big, Splash, Forrest Gump, Sleepless in Seattle, and (secret fav) Turner & Hooch. Mr. Hanks is having a good career.)
Posted by Christopher55 at 11:54 AM No comments:

REBEL WORDS WORTH READING
(selected passages)
Governments are instituted among men, deriving their just powers from the consent of the governed ... whenever any form of government becomes destructive of these ends, it is the right of the people to alter or to abolish it, and to institute new government ... when a long train of abuses and usurpations, pursuing invariably the same object evinces a design to reduce them under absolute despotism, it is their right, it is their duty, to throw off such government, and to provide new guards for their future security ...
(I have to stop watching the news. I get so irritated.)
Posted by Christopher55 at 8:58 PM No comments:

JIMMY STEWART
Some actors are just plain cool. Mr. Stewart is one of my favorites. I just like him. Top five films ... hmmm... tough decision. In no particular order:
Mr. Smith Goes to Washington
Rear Window
It's a Wonderful Life
The Man Who Shot Liberty Valance
The Far Country
Posted by Christopher55 at 9:12 PM 1 comment:

SOMETIMES YOU JUST SHAKE YOUR HEAD...
Monday night a friend (male -- this will be important later) was asked by a young girl where he rooms if she could practice her make-up skills on him. Being easy-going and figuring no one would ever know, he said okay. What both failed to note was the eye-liner was the type that takes a few days to wear off.
Cut to Tuesday. Friend goes to work. He is a full-time university student and works part-time in the kitchen at a major restaurant chain to help supplement his studies (you know, to buy extra stuff like food and gas).
Friend bakes bread for the day. He has to date it. Since it's June 6th, he draws a little pentagram, a smiley face and 6-6-6. He thinks it's funny.
He suspended from his job for 1) creating a hostile work environment and 2) for promoting devil worship because (get this) they can still see the satanic make-up he's wearing.
Sometimes ... well, just reread the title.
Posted by Christopher55 at 8:10 PM No comments:

From Butch Cassidy & the Sundance Kid (1969)
Directed by George Roy Hill. Starring Paul Newman, Robert Redford, and Katherine Ross.
Outlaws Butch Cassidy and the Sundance Kid, hiding out in Bolivia, have taken their first "honest" jobs as payroll guards for mine manager Percy Garris (Strother Martin). On their first day, riding to the bank, they look for bandit ambush spots.
Butch: I think they're in the trees up ahead.
Sundance: In the bushes on the left.
Butch: I'm telling you they're in the trees up ahead.
Sundance: You take the trees, I'll take the bushes.
Percy Garris: Will you two beginners cut it out.
Butch: Well, we're just trying to spot an ambush, Mr. Garris.
Percy Garris: Morons. I've got morons on my team. Nobody is going to rob us going down the mountain. We have got no money going down the mountain. When we have got the money, on the way back, then you can sweat.
Posted by Christopher55 at 7:22 AM No comments:

ANTHOLOGIES
Recently my short story "And Much of Madness" was accepted by Maniac Press for their new anthology "Haunted Hellhouses of Terror." Very cool.
Below are the covers of the other anthologies I have been lucky enough to be part of:
Clash of Steel -- Book Three: Demons (my story - The Beast of Lyoness)
The 2nd Coming: The Best of Pirate Writings Vol. 2 (In the Garden on the Far Shore of the Styx)
Darkness Rising 7 (Costa de Mala Muerte)
Monster's Ink (Blood Alley)
Tales from the Asylum: Year Two (non-fiction: Top Ten Movies in Outer Space)
Hauntings (Melinda -- no cover)

From "My Darling Clementine" (1946)
Directed by John Ford. Starring Henry Fonda, Victor Mature, and Linda Darnell.
Wyatt Earp (Fonda): "Mac, you ever been in love?"
Mac: "No, I've been a bartender all me life."
Posted by Christopher55 at 3:29 PM No comments: