First, this wasn’t Hollywood’s best year. Second, there’s still several films I haven’t had the chance to see yet: Quantum of Solace, Gran Torino, Hellboy 2, and Tropic Thunder to name a few so my list is the 2008 films I have seen. Actually the list is split in two – the first four films are my favorites and the other six are ones I like but aren’t ever going to be considered classics.
*
Top Four:
1) Wall-E

A film I haven’t seen yet could replace one of the second six. The Top Four will remain on my list with no apologies.
Posted by Christopher55 at 8:32 PM No comments:

THE DARK KNIGHT MOST PIRATED MOVIE 2008 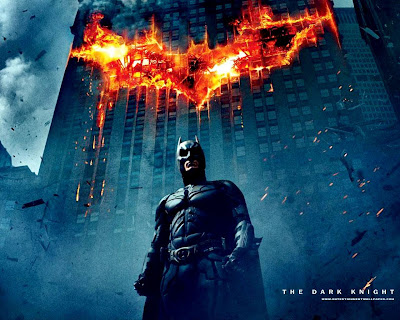 According to TorrentFreak.com, the ten most-pirated films of 2008 are:
*
1. The Dark Knight
2. The Incredible Hulk
3. The Bank Job
4. You Don't Mess With the Zohan
5. National Treasure: Book of Secrets
6. Juno
7. Tropic Thunder
8. I Am Legend
9. Forgetting Sarah Marshall
10. Horton Hears a Who!
*
Hulk and Zohan? … well, no one ever claimed pirates and thieves had taste.
Posted by Christopher55 at 3:06 PM No comments:

Casablanca is one of my favorite films of all time. I found this interesting. 26 years old but interesting. Not sure what it means to struggling screenwriters:
*
In 1982, freelance writer Chuck Ross retyped the script of Casablanca, changed its title to “Everybody Comes to Rick’s” (the title of the original play) and submitted it to 217 agencies as a script supposedly by an unknown writer.

*
Ninety returned it unread, for various reasons (it was their policy not to read unsolicited manuscripts, they weren’t taking on new clients, or they were no longer in the agency business).
*
Seven never responded. Eighteen scripts apparently got lost in the mail.
*
Thirty-three agencies actually recognized the script.
*
Eight noticed a similarity to Casablanca, but didn’t realize it was Casablanca.
Thirty-eight agencies claimed to have read it, but rejected it. Of those agencies that actually read the manuscript (or claimed to have), the majority did not recognize it as Casablanca, nor did they think the script was good enough to be worth representing.
*
Three agencies expressed a desire to represent the work.
Read the entire story at: http://www.museumofhoaxes.com/hoax/Hoaxipedia/Casablanca_Rejected
Posted by Christopher55 at 5:07 PM No comments: 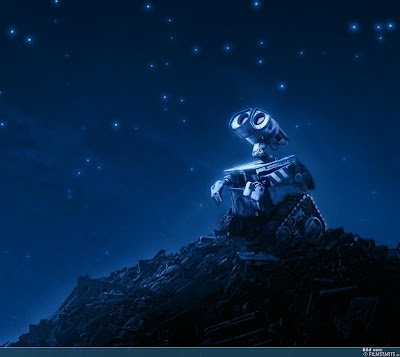 WALL-E*
Finally caught up with Pixar's latest release. I know, I know ... I'm way behind in my movie viewing. As for the adventures of Wall-E and Eve. I liked them and their story. A lot. OK, Quantum of Solace, Wanted, X-Files, Appaloosa, and Slumdog Millionaire are still on the not-seen-yet list. So, with that said, my favorite flims of 2008 are The Dark Knight, Iron Man, Miss Pettigrew Lives for a Day, The Bank Job and {drum roll} WALL-E. 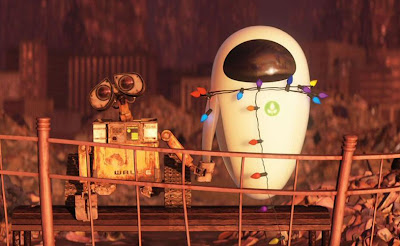 Posted by Christopher55 at 6:05 PM No comments: